In June of 2015, Citigroup, JPMorgan Chase, and Barclays, among other Libor-rigging giants, pleaded guilty to felony charges related to the [Libor] conspiracy and greed to pay more than $2.5 billion in criminal fines to U.S. regulators. 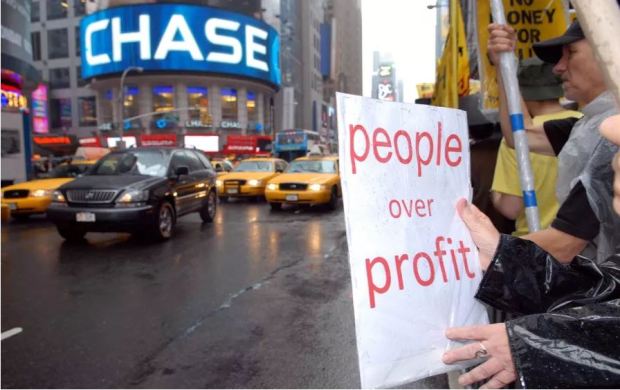 Representing only a single instance of a commonplace practice played out the world over, this corporate criminality instigated the outage of Craig Brandt, an attorney from Oakland, California. He set out to enact an audacious plan. With other individuals, Mr. Brandt endeavored to have the Oakland City Council “take radical action to combat plutocracy, inequality and financial dislocation”. Mr. Brandt wanted to create a city-owned “public bank”.

Recent posts on this blog have explored economic inequality and its ramifications. The post this week continues this series, beginning to focus on potential solutions to what some see as a looming economic catastrophe. As Part 3 our Economic Inequality series, consider this article by Jimmy Tobias: “What if People Owned the Banks Instead of Wall Street?”

Across the country, community activists, mayors, city council members, and more are waking up to the power and the promise of public banks. Such banks are established and controlled by cities or states, rather than private interests. They collect deposits from government entities—from school districts, from city tax receipts, from state infrastructure funds—and use that money to issue loans and support public priorities. They are led by independent professionals but accountable to elected officials. Public banks are a way, supporters say, to build local wealth and resist the market’s predatory predilections. They are a way to end municipal reliance on Wall Street institutions, with their high fees, their scandal-ridden track records, and their vile investments in private prisons and pipelines. They are a way, at long last, to manage money in the public interest. ~from the Tobias article

In subsequent weeks, we will continue to explore “public banking” and other possible short-term tactics and long-term solutions to the economic quagmire in which we find ourselves.