It seems we are surrounded by death these days.  In addition to the various deadly attacks by men who seemed to think killing is some kind of answer to some questions to which most of us find more peaceful solutions, in addition to the genocidal enforcement of government policies and perspectives not shared by the populace in some international communities, in addition to the apparently cavalier, race-related violence perpetrated in the U.S. by law enforcement and others and in addition to the topic presented here for several weeks, namely, the death of democracy itself—in addition to all of that, so it seems, the Internet as we know it is about to die.

Earlier this year (May and July) this blog echoed dire warnings about a plan to essentially sell off the Internet by allowing telecommunications companies to monetize web traffic. Now, as many of us feared, the issue of net neutrality has come to a critical juncture. During the December 14th meeting of the Federal Communications Commission (FCC), the five person commission will cast votes expected to break along party lines, to repeal the 2015 net neutrality rules.

Your Tax Dollars at Work

To read descriptions of the impending event from different sources, take a look at the links below (Note that each is a little different, presenting different parts of the story from different perspectives). 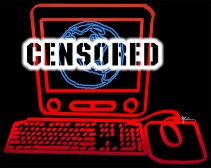 The post for this week was intended to be a full blog discussion of the 1997 Fareed Zakaria’s article on illiberalism.  That discussion highlights the split between a democratically elected government and the actions of that government once elected (actions which can be and often are anything but democratic).  This FCC situation appears to be a glaring example of exactly that kind of behavior by a government possessing little interest in governing for the People. In this case, the FCC, by mandate, issued a call for public opinion on the matter.  A study revealed that 98.5 percent of the legitimate comments posted to the FCC website last summer favored maintenance of net neutrality.  Even a study by some of the major telecom companies showed that Americans favor maintenance of net neutrality.  The will of the people appears to be that net neutrality should remain in place, as is. Apparently views of various Republican officials, conservative think tanks and the telecom companies (who benefit from Mr. Pai’s proposals) are more important than the will of the general public. Despite public opinion, the FCC is moving forward to dismantle previous telecom regulations.  Ajit Pai has decided to implement the plan he proposed even before he assumed his position as Chairperson of the FCC. “Of the people and for the people?”  Apparently not!

This original blog post for this week was intended to stress how we, the public need to focus on the actual governance of the country rather than to assume that once we have voted our chosen candidate into office, that we can rest assured our needs and desires will be reasonably well fulfilled.  So it seems, this week’s post is about exactly that.

There is always hope, or is there?

Perhaps there is still a chance.  Perhaps the idea of a free and open Internet, like the notion of a free and open American society, can be salvaged.  After the December vote by the FCC, consumer advocate groups are likely to sue for blockage of the proposed policies.  There is also a major protest outside Verizon stores scheduled for December 7th.  Furthermore, as always, you can still write to your congressperson to demand that he or she—your democratically elected official–insists that your opinion (regardless what it is) must be heard. However, as noted in the Slate article:

“…unless something seriously unforeseen happens to stall the process,
by this time next year, the internet could be a very different place.”